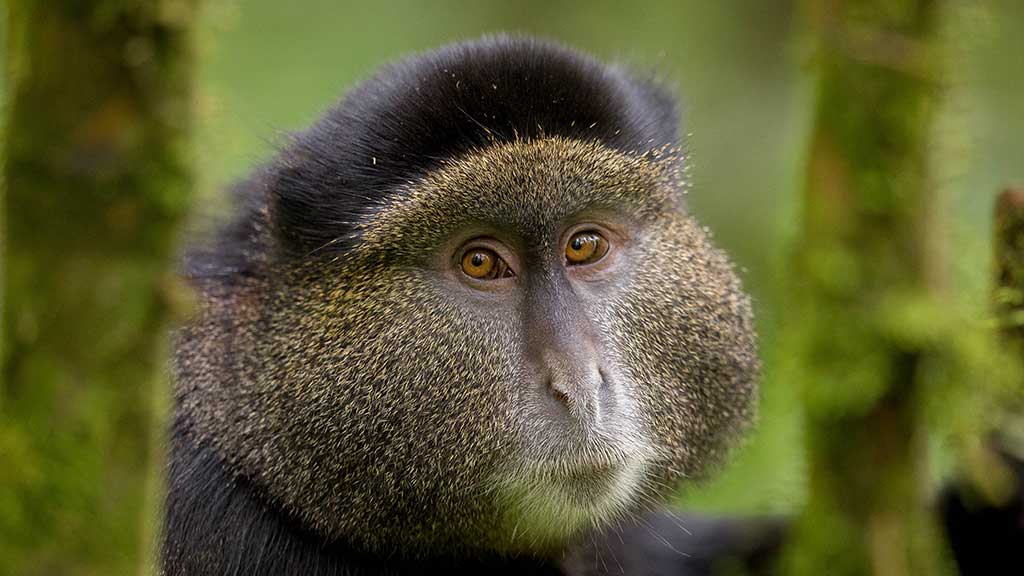 Found in the East and Central parts of Africa, the golden monkey is a rare species of the Old World monkey. This type of monkey species is currently endangered and can be seen in four national parks i.e. Mgahinga national park, Volcanoes Park, Virunga national park and Kahuzi-Biéga national park. The Golden monkey is easily recognized with a golden yellow patch on its body and lives in groups of upto 30 individuals. The monkey habitats normally have abundant fruit and bamboo or if not they will move searching for a new home where they can easily feed.

The Golden monkey is considered to an endangered species with their population reducing to about 2500 t0 3500 individuals. All of these are found in the Albertine region in Rwanda, Uganda and DRC. Some of the causes for its extinction include human settlement near the habitats i.e. tree extraction and bamboo removal. Golden monkeys sleep within areas where it’s easier to get food then they take trips in turns to food places to carry for the whole group. The golden monkeys are also known to be very social in groups dominated by a male. They are commonly seen during the day jumping from one tree to the next.

How to find the Golden Monkeys..

Golden monkey trekking is such a thrilling encounter plus you get to see different primate species. Found in the Virunga at Volcanoes National Park, it’s easier to recognize them with their gold coating. The golden monkeys in Rwanda are divided into two groups. The trekking tour starts early in the morning at the Volcanoes and would take a few hours till you find the monkeys. The monkeys are not hard to find and can easily be seen swinging from the bamboo trees in the forests. The trekking permits currently cost US $100 and it’s recommended to book prior your tour date.

What to carry for your Golden Monkey trekking tour