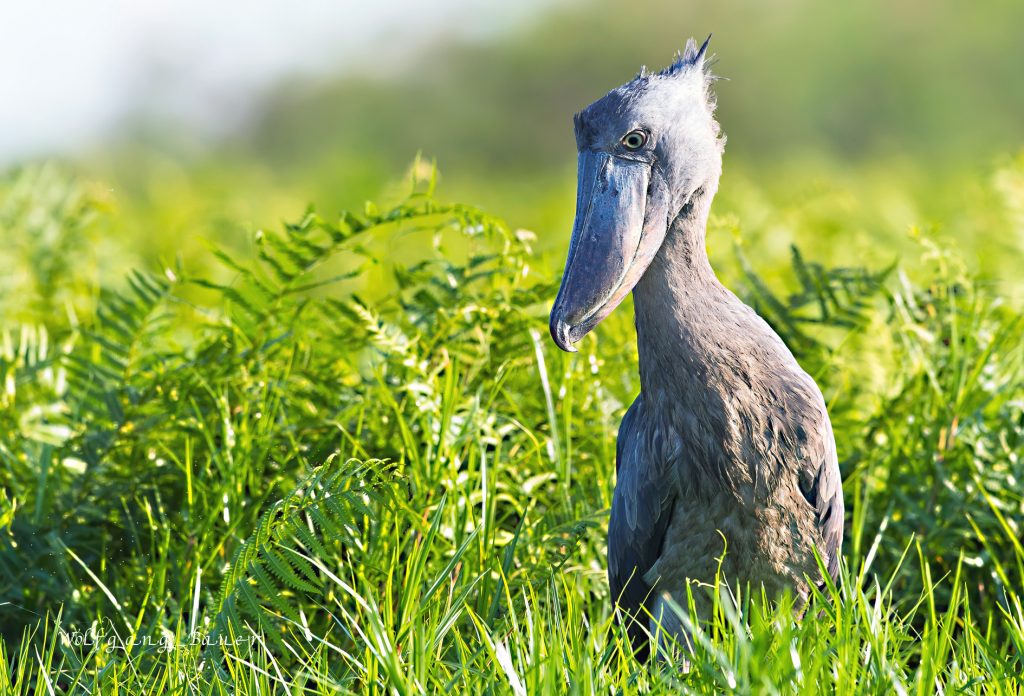 Uganda is ranked Africa’s most complete birding destination, with over 1100 species recorded from the several conservation areas in the country. Birding (bird-watching) is one of the most frequented activities in the tourism industry for this The Great trekkers Safaris and we take the initiative to show you the world’s common, migratory, the unusual and the most interesting bird species in Uganda and around. In addition we give a detailed explanation of individual birds and the stories and African beliefs related to them. You can be sure of adventure birding in Uganda.

In Uganda, birds are very important among the natives of the country. These are connected daily lives of people like they are used as alarms in the morning and evening, the stories connected to them and are used by fortune tellers blessed with many bird species mounting to 1000 species in large numbers widely spread in wetland areas, in swamps and marshes. These birds are attracted by the climatic topography and the biomes bearing the fact that Uganda strikes across the equator. Uganda has 13 globally threatened species and 15 are nearly threatened species like the shoebill, lesser flamingos, fox weaver, papyrus yellow warbler, blue swallow, African green broadbill and many others. For the conservation of water birds, Uganda became a contracting party to the ramser conversion of 1988. You can be sure of adventure birding in Uganda.

Having 11.1% of the world’s bird species, we are blessed with the largest bird species in Uganda of which 30 species are endemic to Uganda. Unlike any other country in Africa, birding in Uganda is unlimited to all national parks, forests, swamps and water bodies of Uganda but bird watching at Queen Elizabeth national park and Lutembe Beach are exceptional because of their unusual bird conferencing and migratory birds respectively. One can catch the bird conferencing either early in the morning or in the evening and migratory birds in seasons December and early January when their home destinations are in the winter season. Uganda’s ten most common birds include, the shoebill, the African fish eagle, crested crane, black headed weaver, vultures, African pigmy goose, saddle billed stock, a pelican. Other places where birds can be viewed include the Bwindi and Kibale national parks- these are mainly forest Birds, Lake Bunyonyi, Shores of Lake Victoria and R.Nile, Nyamuriro swamp, and Lake Nabugabo world heritage site. You can be sure of adventure birding in Uganda. Contact us for an amazing birding experience.