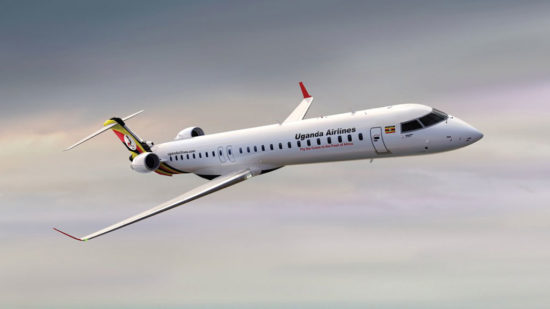 The Uganda Airlines was established in 1976 and started operations at Entebbe International airport in 1977 as the flag carrier of Uganda. The Airline was liquidated in 2001 and ever since, Uganda has been without a national airline until plans for its revival were started in 2017. On April 23rd 2019 – Uganda received its first fleet of the six jets, two bombardier CRJ900 jets at Entebbe Airport.

Uganda Airlines was previously liquidated and Air Uganda – a privately owned airline operated between 2007 and 2014. The government made an investment of approximately $70 million and loans totaling US$330 million from regional lenders to complete the purchase of these Jets. The other batch of the jets includes two bombardier CRJ900 aircraft and two Airbus A330-800 planes expected to arrive soon.

The Airlines comes after the current president realized there is a lot of money spent by Ugandans on travel which was going to foreign operators. Uganda Airlines will also help in promoting, branding, and marketing the tourism. The Airline would also stimulate economic growth by creating jobs, revenue for government, promote export trade and reduce domination of the airline trade by foreign operators. 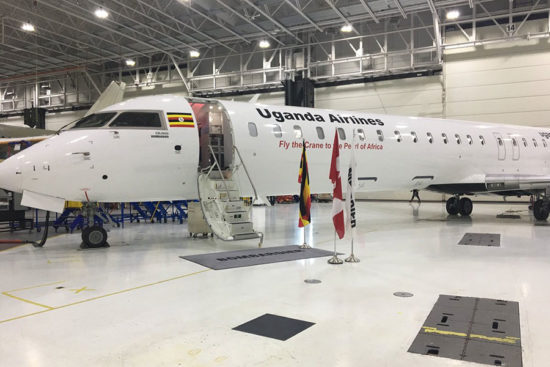 Ugandans traveling in Africa mostly visit Nairobi, Kigali, Johannesburg and Juba and planned routes to these destinations are in progress with the CRJ900 aircrafts. Other destinations that have also been planned for include; Mombasa, Khartoum, Mogadishu, Kinshasha, Lubambashi and Goma. International destinations which will be handled by the Airbus A330-800 Aircrafts include Dubai, London, Mumbai and Guangzhou – China all with about 60 per cent of the traffic.

The biggest targeted markets for the Airlines are the government officials who travel a lot, business people and tourists who come for Safaris.